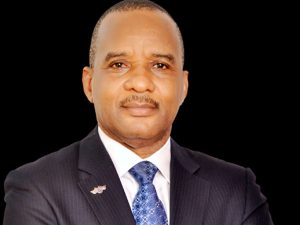 The National Maritime Transport Policy being developed by Nigeria to ensure diversification from oil, as the dominant revenue spinner is the subject of interest from for windows of investment opportunity. Executive officers of the Port of Antwerp International stated this in Lagos during a meeting with Director-General of the Nigerian Maritime Administration and Safety Agency (NIMASA), Dr. Bashir Jamoh.

Waterschoot and Lievens, who hosted Jamoh at the Nigerian Belgian Chamber of Commerce, Onikan, Lagos, said their mission was to discuss projects of interest, including inland ports, and to strengthen the relationship between the Port of Antwerp and NIMASA, particularly in the areas of training, technical support, and cooperation.

They noted Nigeria’s proposed National Maritime Transport Policy, and said the policy was being watched as it unfolded to see how Belgium could come in with investments.

“We believe in Nigeria,” said Waterschoot, who observed that the business climate in Nigeria could be difficult, but there was hardly any country without its peculiar difficulties.

A National Maritime Transport Policy is in the works in Nigeria as part of the government’s effort to develop maritime infrastructure and diversify the oil-dependent economy. Minister of State for Transportation, Senator Gbemisola Saraki, told a recent stakeholders’ validation forum on the draft policy that the policy, when approved, would lead to improved Foreign Direct Investment (FDI) inflow and enhance the ability of the Nigerian maritime sector to compete at the international level.

Jamoh praised the long-standing diplomatic and economic relationship between Nigeria and Belgium. He highlighted the Federal Government’s abiding interest in diversifying the economy, saying the development of maritime infrastructure is part of the government’s economic diversification drive.

Jamoh stated, “The National Maritime Transport Policy, which is being developed, is part of a wider agenda purposed to build alternatives to oil. The maritime sector is consciously being opened for investment by local and foreign investors to build a sustainable blue economy.

“One area I would like the Belgian private sector to come in is wreck removal and wreck recycling. There is a huge investment opportunity there, and there is also a big room for collaboration. This is more so as the Federal Government is planning a coordinated policy on wreck removal.”

Jamoh also sought Belgian partnership in the sea-time training of Nigerian seafarers and in the area of port safety and port security.

The Port of Antwerp International is a subsidiary of Port of Antwerp, Europe’s second largest port – after Port of Rotterdam in the Netherlands. It was established to expand the activities of the Port of Antwerp beyond Europe through consultancy, management solutions, investment projects and training.