The Western Marine Command of the Nigeria Customs Service (NCS) is on red alert, as it intercepted Cannabis Sativa, among other items worth more than N2.2billion to set aside the lives of innocent Nigerians from harmful items. 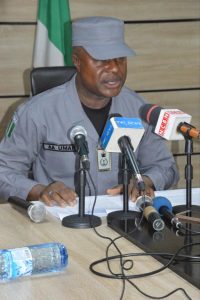 Speaking with the journalists in Lagos , the Customs Area Controller, Comptroller Abubakar Umar said the Cannabis Sativa weighed 16,663kg and worth N2, 061,000,000 billion.

According to him, the seized Cannabis was
imported from Ghana along the Lagos Waterways.

“The Cannabis Sativa was intercepted while on their way into the country from Ghana along our waterways.
Importation like this can not help our country’s development.

“We all know the harms that Cannabis Sativa poses to our youths. It is illegal to ship such contraband into Nigeria and we will continue to thwart the efforts of unscrupulous importers, who derive joy in bringing in such substance into the country,” said the CAC, 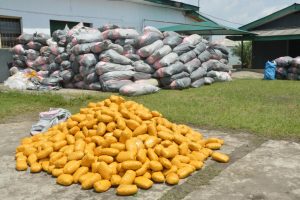 He added that ; ” We are warning criminals who engage in smuggling activities on the waterways,”

Compt. Umar maintained that the Command would further intensify its anti-smmugling efforts as the yuletide season approaches.

He revealed that the command is expecting seven
new boats.to add up to the already
nine boats in use with 250 trained officers on ground. While we expect 50 more officers to join us soon.

We thank the Comptroller General of Customs, CGC Hameed Ali and his management team for the supporting the Command with necessary tools, and a new conference room.

In the same vein, the Commander of Narcotics, National Drug Law Enforcement Agency, NDLEA, Mr Isaac Uzah, condemned crimes being perpetuated on the waterways. He called for greater enlightenment to sensitize the public against the implications of such illegality.