The Apapa Customs Command has displayed it’s scorecard which shows an impressive 29.8 percent rise in revenue collection between January and September, 2022.

Speaking with Journalists yesterday in Apapa, the Command’s Area Controller, Compt. Yusuf Malanta Ibrahim disclosed that there has been a marked improvement in areas of Import/Export trade, Anti-smuggling activities and Trade facilitation from January-September 2022. 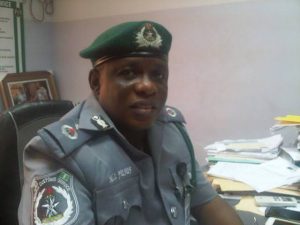 Comptroller Malanta revealed that in the period
under review, the command has collected N790,630,406,980.

This according to him, “shows an exponential improvement of N181.5 billion as against N609 billion naira collected in the corresponding months of the year 2021, representing 29.8% increment.

This record he said, was made possible because of strict adherence to trade facilitation, having put certain measures in place to plug revenue leaks with
Anti-smuggling activities being one of the command’s focal points, the Service has moved to monitor and detect fraudulent transaction through audit trial to ensure that illicit trade are being tracked before the declarations are lodged.

However, reaping from “collaboration and sharing of credible intelligence with relevant government agencies to suppress smuggling activities to its barest minimum. the command recorded 145 seizures of various items with a duty paid value (DPV) of N12,496,672,122.00 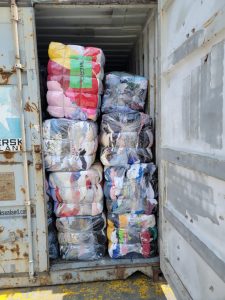 These importations he said, are in clear breach of sections 46 and 47 of Customs and Excise Management Act, CEMA CAP C45 LFN 2004.”

Speaking further on the impact of Export on the said revenue generation, Controller Malanta said over 161 million tons of cargo valued at 181 billion Naira was recorded as Export within the period under review.

The Compt. was enthusiastic that with the deployment of scanners 2 weeks back and the agreement by Terminal Operators to scan up to 100 containers per day with a 15 minutes down time, things can only get better for the premier Command.
“Scanning has come to stay and the next stage is for cargoes to be scanned at ship side and images transmitted. This will make the job faster and those who think they will continue to perpetuate illicit jobs will be eliminated from the system,” he said.