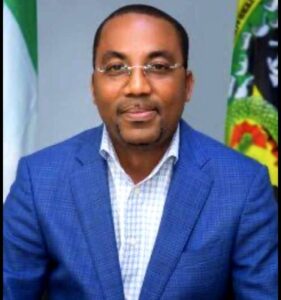 The Nigerian Ports Authority (NPA) has raised its Internally Generated Revenue (IGR) between January and September 2021 by a significant 120 percent.
It is noteworthy that the NPA has also reduced its operating expenses by 20 percent of its budget for this year.

This was made public in documents that were presented recently by the Acting Managing Director, NPA; Mohammed Bello Koko, to the House of Representatives Committee on Ports and Habours.

The Acting Managing Director revealed that as at the end of September 2021, the Authority earned N256.28bn in IGR as against the expected N214.65bn (approved estimate N271.70bn) for the same period, representing a performance of 120% or 95% of its total annual budget for 2021.

Giving details about NPA’s operating expenses, Koko revealed that, as at the end of September 2021, the NPA has actually cut down its operating costs by N10.39Billion, which is about 85% performance of the approved budget of N87.32bn. He explained to the Committee that, actual spending was reduced to N55.10bn from the budgeted figure of N65.49bn, comprising employees’ benefits, pension costs, towage services, supplies, repairs & maintenance and other administrative overheads.
This, he explained is actually a “savings” of N10.39bn.

However, in compliance with the quarterly remittance of its operating surplus to the Consolidated Revenue Fund (CRF) and provisions of the Finance Act 2020, the Authority has remitted the sum of N62.66bn to CRF for the year 2021 as at October 31, 2021, while a cumulative sum of N89.9bn has been transferred to the CRF in the last six months. At the current state of increased revenue drive, it is projected that the Authority will exceed its 2021 revenue projections and the projected transfer to the CRF for the year 2021 which is expected to be over N80bn, which would be the highest in the history of the Authority.

The NPA’s helmsman also informed the House Committee that contrary to news reports insinuating that Nigerian ports are the most expensive in the sub-region, a study commissioned by the Authority with the support of UKAid in 2019, actually revealed that it is cheaper for general and container vessels to berth in Nigeria than in Ghana or Togo.
He explained that a huge chunk of what cargo owners spend to clear their consignments are expended on terminal and freight charges which are paid to terminal operators and shipping companies. Others are: Payments for customs duty, inspection services, haulage, insurance and other sundry trade levies and fees. These costs are not such that NPA could interfere with because they are outside the purview of the Authority.
To justify the competitiveness of Nigerian port costs, Bello Koko explained that, apart from towage dues which were reviewed in 2015, Port tariffs in Nigeria have remained same since 1993.
Stakeholders in the Nigerian maritime industry have equally noted and applauded this impressive revenue performance and reduction of operating costs were achieved by the Bello Koko-led Management of the Authority.
The Maritime Industry Advocacy Initiative, a leading and vocal maritime industry non-government organisation, noted that the Acting Managing Director has only been in the saddle for only six months.
One of its executives, Mr Bamidele Sampson eulogized the Bello Koko-led Management of the NPA for “showing a clear understanding of its mandate and redirecting the NPA on the path of viability as a cost-saving and value-driven agency of the Federal Government”.
One of the first things he did upon his appointment as the Acting Managing Director was the deliberate steps he took to reposition the Authority to focus on cost-optimization and quality service delivery, while maximizing business value for port operators and users.
Specifically, the first public action of the Bello Koko-led Management was to rejig the implementation of the electronic call up system for trucks (known as ETO). It ensured all identified lapses associated with the system were addressed, particularly breaches observed while the Taskforce saddled with the responsibility of enforcing compliance was in charge. Series of stakeholder engagements were held with the top hierarchy of the Military, the Nigerian Police, other security agencies, the Lagos State Government and other critical industry stakeholders. The outcome of these engagements led to tremendous improvement in travel time along the Apapa port access roads in Lagos.
The Authority in conjunction with the FMOT also reached out to the Federal Ministry of Works on the timely completion of the reconstruction of Sunrise Bus Stop to the Mile 2 stretch of the Tincan Island Port corridor.
To complement the above, the NPA also launched “Operation Green” to remove and clear all illegal structures and shanties on the Apapa and Tincan Island Port access roads. A great deal of success was recorded by this operation as exemplified by the resultant free flow of traffic to and from the ports. The Authority is cashing on this success to embark on awareness and sensitization of port stakeholders to drum support towards the implementation of a sustainable policy on traffic decongestion along port corridors. In this regard, the Management has just procured twenty-four (24) motorcycles to be added to existing assets and in support of continuing collaboration and operations for a better traffic management to the ports.
Industry stakeholder can also attest to the fact the Management has focused on improving the overall efficiency of the country’s port industry, since he took over.
They point at the ongoing process of consolidating its various electronic platforms under a unified port community system.
It is noteworthy that, the International Maritime Organization (IMO) is providing technical aid to the Authority for the development of the Port Community System.
The IT platforms that are currently in use by the NPA and which have positively enhanced the Authority’s performances are:
• Oracle Financials and Human Resources Planning
• Enterprise Resource Planning ERP
• Revenue & Invoicing Management System (RIMS)
• e-Ship Entry Notice (e-SEN)
• customs portal for online submission of bills
• Hyperion budgeting
• 3CI (Command, Control and Communication & Intelligence)
• Truck Call-Up Access Control
• Harbours System Linked with the 3CI for harmonization of vessel operations

Word is already in progress to consolidate all the platforms into a single port community system, which will allow for ease of transaction and eliminate impediments associated with manual processes.
In line with this, the Authority is also making efforts to address identified areas of security vulnerabilities with the deployment of Electronic Access Control with Apapa and Onne ports as pilot projects, while procurement process has commenced for the full perimeter fencing of Tincan Island Port Area to further consolidate compliance with ISPS code. Further compliance to ISPS code, especially as it relates to vulnerabilities of the ports waterfront, Management has procured 13 units of Security Patrol Boats (SPB) ready to be deployed across all pilotage districts including the establishment of Marine Police units in Calabar and Delta ports where none currently exists.
This would reduce incidents of attack on vessels around the port area and boost the confidence of the international shipping community to use Nigerian ports.
To enhance efficient marine services, particularly monitoring and facilitation of communication with vessels, the Management renovated the dilapidated Control Towers at both Apapa and Tincan ports and new communication gadgets have been installed to ensure prompt and effective communication with vessels coming into the port channels. This has led to significant improvement in harbour services as well as increase in port revenue. In addition, various marine equipment like Pilot Cutters, Security Patrol Boats and Tug Boats are also being deployed.
To improve cargo evacuation from the port and facilitate quick return of empty containers to the port, the Management has reviewed the modalities for registration and operations of barges. The new regulatory framework which includes a new Standard Operating Procedure (SOP) took effect from 1st September, 2021. It provides for enforcement of the safety and operational standards including the requirement to install radio communication equipment on-board to facilitate the sharing of traffic information. Furthermore, the Authority is in the process of deploying an electronic call-up system for barges, similar to the one for trucks, to streamline their operations and movements. It has approved rates for barge operations which will ensure more revenue to the Government.