•vows to run smugglers out of town

The DC Mohammed Sani Yusuf led CGC Strike force team A has is making no pretense of its determination to stamp out all illicit trade and all forms of concealment and dangerous importation as well as exportation which have unfortunately become thriving businesses in our ports and borders. 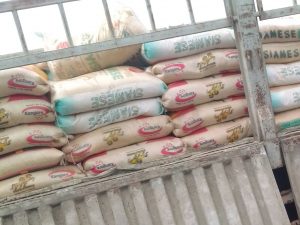 The Strike force under DC Yusuf’s watch has hence, dealt a deft blow to these trade worms with seizures of various items Smuggled, Concealed, those suspected to have undervalued their consignments and other banned Exports like Donkey Skin and unprocessed Timber. 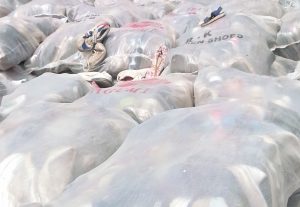 Barely a Month in office, Yusuf has shown that he is a master of the game with the collection of Six Hundred and Fourt-eight Million, Three Thousand, Nine Hundred and Eighty- six Naira only (N648,300,986.00) as revenue through demand notices (DN). It also made seizures of various Smuggled and Concealed Commodities: three 20ft Containers of timber valued a duty paid value of N177,725,200, 1000 bags of rice, 3,143 pieces of used tyres, 320 bales of used clothing, 663 sacks of used shoes, 44 sacks of donkey skin and 137.3Kg of Indian hemp. These Seizures are valued at a DPV of Three Hundred and Seventy-three Million, Six Hundred and Twenty-nine Thousand, Seven Hundred Naira (N373,629,700). 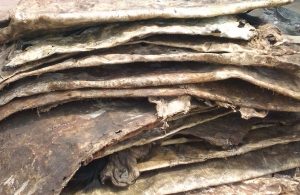 DC Yusuf has also warned those involved in these types of infractions to retrace their steps and trade within the specifications of the law or be ready to face the Strike force, according to him, “we are ready to run Smugglers out of town with the full support and encouragement of our CGC, Col. Hameed Ibrahim Ali. This task is aimed at protecting our national economy and preventing dangerous importation as well as exportation that contradicts the law.”
This stern warning he said, is also for those who maybe attempting to circumvent the due process of Import and Export.