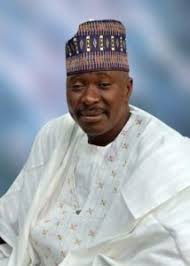 Determined to address the frequent complaints
by the hundred per cent compliiance Team of the National Association of Government Approved Freight Forwarders (NAGAFF) over the state and operations of bonded terminals within and outside the ports, the Nigeria Customs Service (NCS) has set up a committee to evaluate the terminals.

The NAGAFF Compliant Team had consistently called for the withdrawal of licenses of bonded terminals based on their inefficient service delivery, poor environment, lack of functional equipment, outrageous charges, lack of space among others.

Addressing Journalists in his office on this development, the National Coordinator, 100% Compliance Team of NAGAFF, Alhaji Ibrahim Tanko commended the leadership of the Nigeria Customs Service for the quick response to their clarion call and expressed hope that the committee led by a reputable and uncompromising personality will leave up to expectation.

“Gentlemen of the Press, you will recall that throughout last month, we were agitating and complaining about the lack of capacity of some bonded terminals. Thank God the management of Nigeria Customs Service has set up a committee to investigate the bonded terminals to determine whether they meet the requirement of operating as such or not. I am happy to note that they arrived in Lagos last Monday, I was told and I saw them”, he stated.

Tanko assured that the Compliance Team was not going to relent, but would monitor and watch the Committee closely, adding that they would visit along with the Press any bonded terminal the committee visited in order to have strong evidence to back their claims.

He stated” We are not going to rest; we are still going to monitor them. I already addressed my men, we are going to watch them closely, any bonded terminal they visited, we are going to visit that terminal with the Press in order to have strong evidence. If they still do not meet up with the standard, they should revoke their licenses. They cannot come here and be making money at the detriment of the common man in Nigeria. We are all Nigerians and we are the people that suffer it most.

Tanko who is also the Vice President, Western Zone of NAGAFF lamented the ordeal freight forwarders pass through in the hands of management of bonded terminals saying that they pay N3 million per container due to demurrage, transfer charges while services paid for were not rendered by their staff promptly.

According to him, “We are not supposed to pay transfer charges among others. Shippers’ Council has said it all, but they (Shippers’ Council) are not following up and we are paying. The problem we are having, we have nobody to cry to, so you are alone. They ask you go and pay and if you don’t pay, your container will be accumulating demurrage. That’s why I said we will start going to court.”