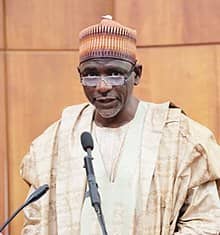 Mboho Ikot Abasi LGA, Lagos, wishes to welcome the Honourable Minister of Education, Federal Republic of Nigeria, Alhaji Adamu Adamu, on his official visit to Akwa Ibom State on Monday 4th October, 2021 to inaugurate the proposed Federal University of Technology in Ikot Abasi.
This epoch-making event will certainly lay to rest the lingering controversy over the siting of the project in the state.

Mboho Ikot Abasi LGA, Lagos, wishes to thank the President and Commander-in-Chief of the Armed Forces of the Federal Republic of Nigeria, Major General Muhammadu Buhari (GCFR), the Federal Executive Council, the Governor of Akwa Ibom State, Mr. Udom Emmanuel, Akwa Ibom State representatives at the National Assembly and a host of others too numerous to mention, for bringing this federal project to Ikot Abasi. May the Almighty God bless them all.

The siting of the Federal University of Technology, Ikot Abasi, will impact positively on the socio-economic life of the people and the state as a whole.
One, it will provide an opportunity for the teeming jobless youths in the state to find employment and engage meaningfully in paid jobs.

Secondly, it will improve the economic and social life of Ikot Abasi local government, create and open up the area for more private sector investments which will further lead to rapid development of the area.

Above all, Mboho Ikot Abasi LGA, Lagos, calls on all well-meaning sons and daughters of the state to rally round the Federal and State governments and give full support to the completion agenda of the State government.